If Austen McElroy wasn’t born with an entrepreneurial spirit, he acquired it at an early age. He was mowing neighborhood lawns in the summer as a kid for spending money, later conducting fund-raisers for his hockey team and, as a 17-year-old high school senior, was skipping out of school early most days to join his friend at work as co-owner of Buckeye L & M Construction.

He was following in the hard-working footsteps of his dad, Jim, a successful Columbus home remodeler who once built houses for an Arnold Palmer development in California.

“Working hard has always been part of my life and my favorite day of the year was ‘take your child to work day’ with my dad,” Austen says. “I thought it was the greatest thing in the world, to be at a job site with my dad.”

Now, at age 31, McElroy takes his 6-year-old son Wyatt along to work each spring on Take Our Daughters and Sons to Work Day. “And now that’s his favorite day of the year.”

The only difference is Wyatt may be working in the concrete construction business instead of home remodeling. His dad founded Capital City Concrete in 2014, a family-owned business that now splits its time between residential concrete contractor services and commercial concrete jobs for major clients such as Amazon, Giant Eagle, Chase Bank, Huntington Bank, CVS and Walgreens.

As it turned out, Austen didn’t have the same passion for home restoration as his dad and became convinced concrete construction work was his future, oddly, after working for his father on a high-end patio project 11 years ago. Austen hired two more experienced “older generation concrete guys” off of a Craigslist ad to help build the two-tier paver patio that included a built-in grill and outdoor gas fireplace.

“I came up with a unique design and found it would be easier to pour a concrete base to put my pavers on,” he says. “They would last longer and it was a better solution on how I thought paver patios should be done. It turned out great and that’s when I fell in love with concrete, what I could create with paste that came out of a truck. I thought it was awesome.

“That was the turning point. Then it became word of mouth. People started referring me for paver patio and concrete jobs. I would go prep the driveways and pavers, then Greg and Bob and a couple of other laborers would do the pour. Things just took off from there.”

Austen borrowed $10,000 from his dad to purchase his first Bobcat loader at age 20 and then spent one year as the youngest concrete construction sub-contractor for M/I Homes, what he calls his “college education in concrete. I learned a lot of life lessons by not reading contracts that year. I took a significant loss and was going to lose everything I had.”

But McElroy actually was just getting started. He liked being his own boss and self-sufficient, and had a burning drive to succeed. So he returned to doing what he knew best — building and repairing concrete patios and driveways. “I had to go back to my roots,” he says.

That one year at M/I Homes taught him the importance of building relationships and networking, a habit that started paying off when he launched Capital City Concrete Services seven years ago. One job led to another, one Key Bank led to a Huntington Bank, one Giant Eagle led to a JC Penny, and McElroy was running one of Columbus’ most successful concrete installation companies with an impressive client portfolio.

In 2015, Capital City become the top decorative concrete contractor in Columbus, according to annual sale purchases compiled by Deco-Crete Supply. His company currently employees nine full-time employees year-round and another 5-7 part-timers during the spring and summer. His two foreman have been with him four and six years.

“We do it all when it comes to concrete work,” says McElroy. “We use quality product, we don’t cut corners. We use true cement mixes. We don’t like to use fillers like fly ash (a fine powder and burned-coal byproduct) or slag cement. Our goal on every job is to use high-quality product to produce a high-quality project.”

McElroy says Capital City Concrete’s short- and long-term goals include expanding its residential business and business growth that continues to benefit his employees and their families.

“My long-term goal is to take the guys in the field who have been with me on this journey and move them into office jobs,” he says. “Years in this business can take a toll on your body. At the end of the day, I’m proud that I have nine guys who work for me full-time who can pay for their lifestyles with the work I can put together for our crew.”

Get a Free Estimate 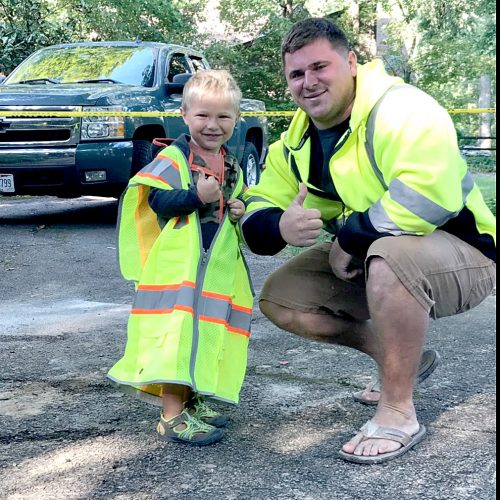 “I fell in love with concrete, what I could create with paste that came out of a truck.”

Jordan began his concrete career in 2012, beginning as a laborer before making the long move from Dallas to Ohio. Jordan’s ambition and positive attitude earned him the foreman position with Capital City Concrete in 2015. Jordan’s pride in providing a quality product and service has pushed his career to new levels. 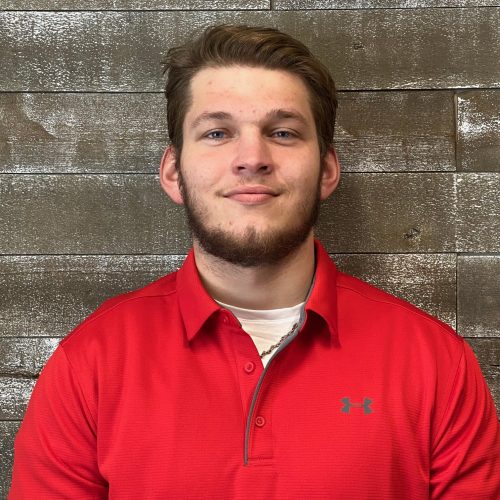 Lyle joined Capital City Concrete four years ago and, due to his excavation background, was quickly promoted to heavy equipment operator/foreman and then to estimator. Both his mother and father are operating engineers, and his dad is one of the most highly renowned crane operators on the East Coast who owns his own union excavating company. 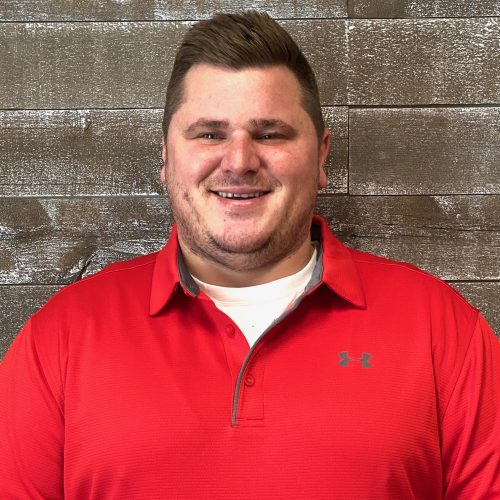 Austen has worked in the concrete construction business for 12 years and founded Capital City Concrete in 2014. He quickly built the company into one of the top residential and commercial concrete contractors in the central Ohio area. His team currently includes nine full-time crew members and another 5-7 who work seasonally.

We Couldn’t Work
Without Them

We Couldn’t Work Without Them

Our trusted partners are with us on nearly every concrete installation job.

“I have worked with Austen for years now on multiple occasions. I would recommend them. 5 out of 5 stars!”
Alex Sheedy
“They did a great job on a stamped concrete patio for me.”
Pearl Hix
“I have used Capital City Concrete on several of my projects. They are very professional and do an outstanding job.”
Dave Elder